Embassy of Japan in Denmark

On arriving in the Kingdom of Denmark

Since I assumed the post as the successor of H.E. Mr. Toshiro SUZUKI, Ambassador of Japan in early October, I have been fortunate enough to meet friends and colleagues of Denmark.  Day by day, my thoughts about Japan and Denmark are becoming even more positive.

Their Royal Highnesses the Crown Prince and the Crown Princess of Denmark attended the enthronement ceremony of their Majesties the Emperor and the Empress of Japan on 22nd and 23rd of October.   Thus the friendly relations between our two countries have been deepened further.

On my part, I paid a courtesy call to Ambassador Zilmer-Johns, Chief of Protocol, Ministry of Foreign Affairs, who recently served as Advisor to Baroness Ashton, the High Representative of the Union for Foreign Affairs and Security Policy, and consequently Ambassador of Denmark to NATO.  After my expression of gratitude for all the preparations to receive me as Ambassador to Denmark, both of us reaffirmed our resolves to try our best to build on and enhance further the friendly relations between our countries, which owe immensely to the long standing cordial exchanges between the Imperial household and the Royal household.  Then a couple of days later, I had pleasure to meet the Foreign Ministry’s team Japan led by Mr. Lehmann, Director in charge of Asia, Latin America and Oceania.  We exchanged our views on possible ways to elaborate the Strategic Partnership, including with Greenland and Faroe Islands, confirmed by prime ministers of Japan and Denmark.  The Danish diplomats are sincerely enthusiastic for having even stronger ties with Japan and I look forward to working together with them. 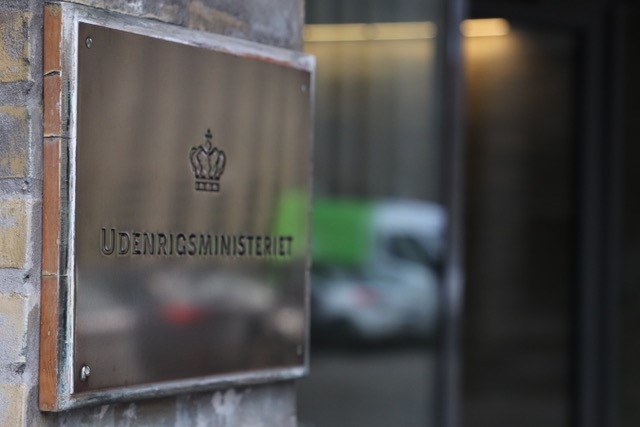 My first trip to outside of Copenhagen was enabled by the joint invitation of Badminton Denmark, Danisa and Odense Municipality.     Recalling with a sense of gratitude for the bonds between Funabashi city and Odense in the past 30 years, I visited there to cheer up the athletes for the finals of badminton Denmark Open.  Congratulations on the winner, Mr Kento MOMOTA for men’s singles and the runner-up, Ms Nozomi OKUHARA for women’s singles.  The head coach of the Denmark national team commented before the finals, praising the Japanese players despite their loss and bitterness.  A Danish couple with a teenaged boy sitting next to me and my wife said that they bought the tickets as birthday present to their nephew and were disappointed with no Danish players at the finals.  However, they also smiled and wished best luck for the Japanese athletes!  How fair the Danes are!

In the mid December, an audience to Her Majesty the Queen for the presentation of the credential would be given.  There are about 70 ambassadors in Denmark.  In the order of dates of arrival, the audience is arranged.  Among the diplomatic corps, the longest serving Ambassador customarily plays a role of chief of diplomatic corps.  I paid a courtesy call to the chief in Copenhagen, H.E. Ambassador TCHEKO of Niger.  The size of diplomatic corps in Denmark is about half of that in Tokyo, and thus they seem very intimate to each other.  Autumn is high season for national day receptions and I and my wife fortunately attended such receptions of Hungary, Czech, Austria, and Sri Lanka so far.  Thank you for the invitations!  Even at such receptions, the diplomats, one of whose main missions is information gathering, whisper each other on wide range of topics such as situations of Denmark, Europe and the rest of the world and so on.

I should conclude this letter so that you could kindly read next one in near future.  Now summer time was over and winter time has begun.  The sun sets quite rapidly day by day as we compare that speed to a falling bucket to the bottome of a well (Tsurube-otoshi) in Japan.   Thank you for your patience.  See you.
Manabu MIYAGAWA