Denmark, “Probably the happiest country in the world” and Japan

2020/2/1
The buzzword produced by Carlsberg, the original Danish beer brewer, is “PROBABLY THE BEST BEER IN THE WORLD”. 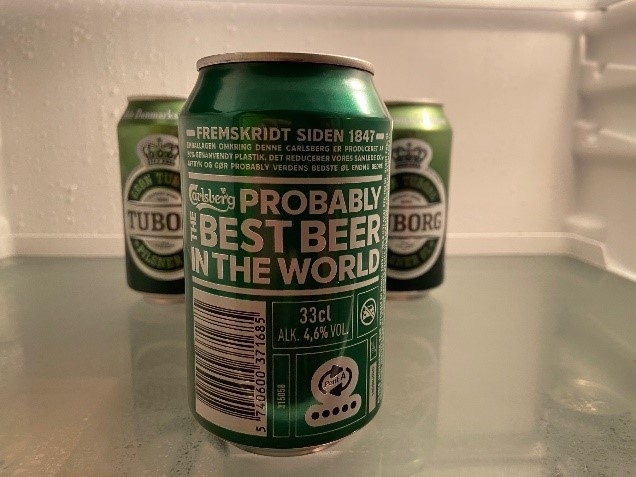 Denmark has been always on the top three country in the UN world happiness report. （https://worldhappiness.report/） As an expat, I observe that the reasons for making Denmark “Probably the happiest country in the world “ are as follows;
a) this modest approach describing oneself as “Probably the best”(not “the best”),
b) the trust that exists between each individual and society,
c) attitude to preserve tradition and to bring about innovation.

The “trust” can be found in the Danish education, its social welfare and health systems and the ongoing digitalized society.  This “trust” must be partly deriving from the Danish education focusing on self- confidence as well as individual contribution to the society in one’s own way.  Thanks to this “trust”, the social system has successfully   guaranteed opportunities for everyone.  Now the Danes are challenging to further digitalization to maintain their international competitiveness.  Here again, the “trust” is a key for success. 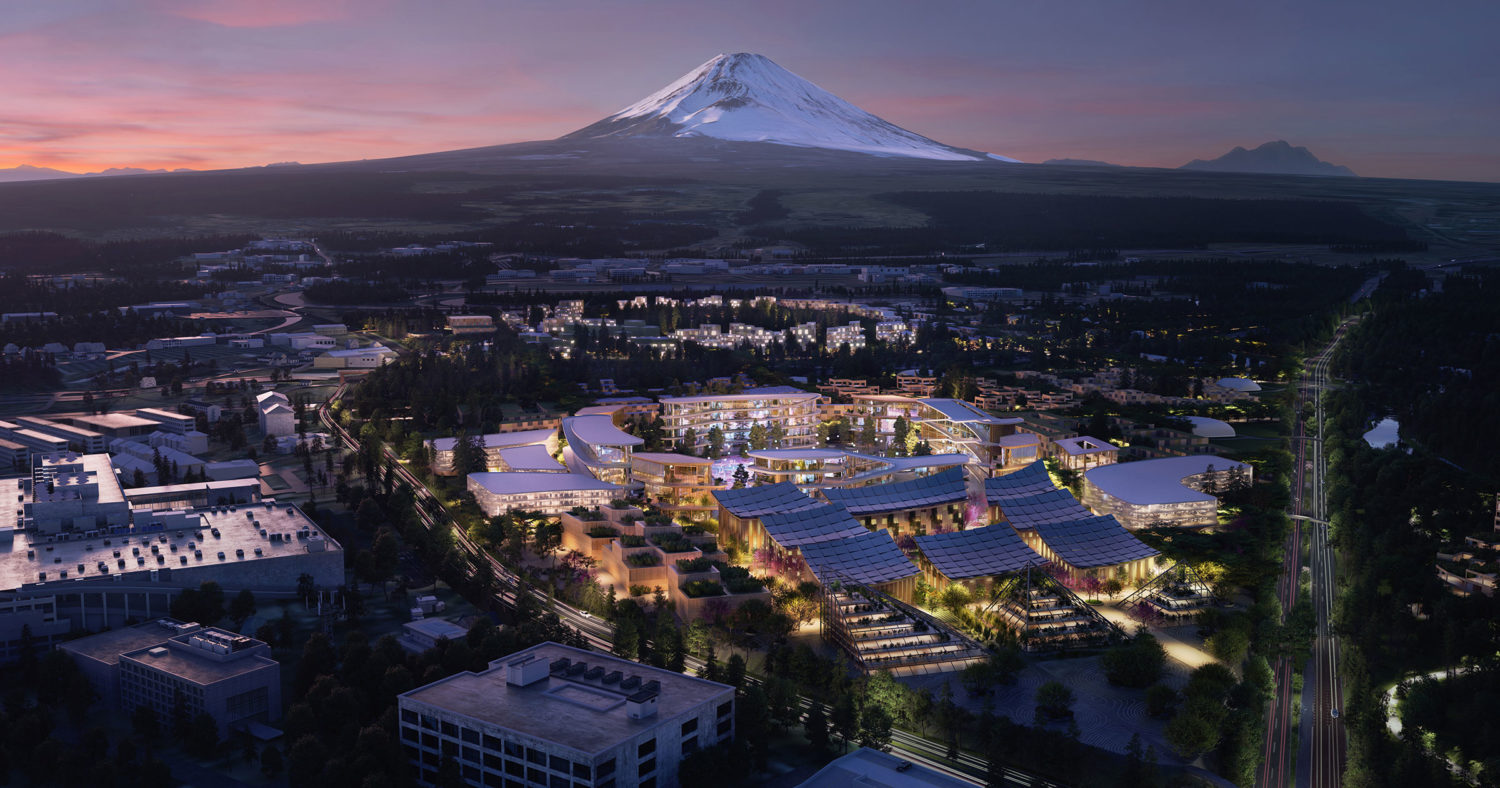 （”Woven City”：photo provided by TOYOTA）
In January, TOYOTA, the Japanese automobile company announced the “Woven City” project, a smart city at the foot of Mt. Fuji.  The city is designed by Mr. Bjarke Ingels, the Danish architect, who also produced CopenHill in the city of Copenhagen.  What a wonderful inspiration it is to build a garbage processing facility equipped with a ski resort on its winding roof! 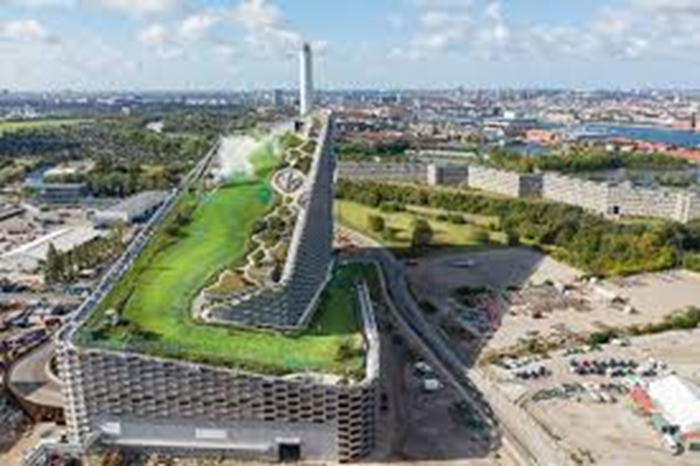 （CopenHill; photo provided by CopenHill/Max Mestour）
In the sphere of architecture and design, the Henrik Frode Obel Foundation, the Danish private organization started the Obel Award for an excellent architect in 2019.  The first winner of the prize was Mr. Junya Ishigami, the Japanese architect, who designed Water Garden near the art biotope Nasu city in Japan.  It is the cohabitation of nature and artificial beauty.  In near future, his new project, the House of Peace (HOPE) will be realized at the port of Copenhagen.  The team of Mr. Ishigami and his Danish colleagues are working on it.

Japan and Denmark seem to share virtue of modesty and common pursuit for design with similar aesthetic appreciation. 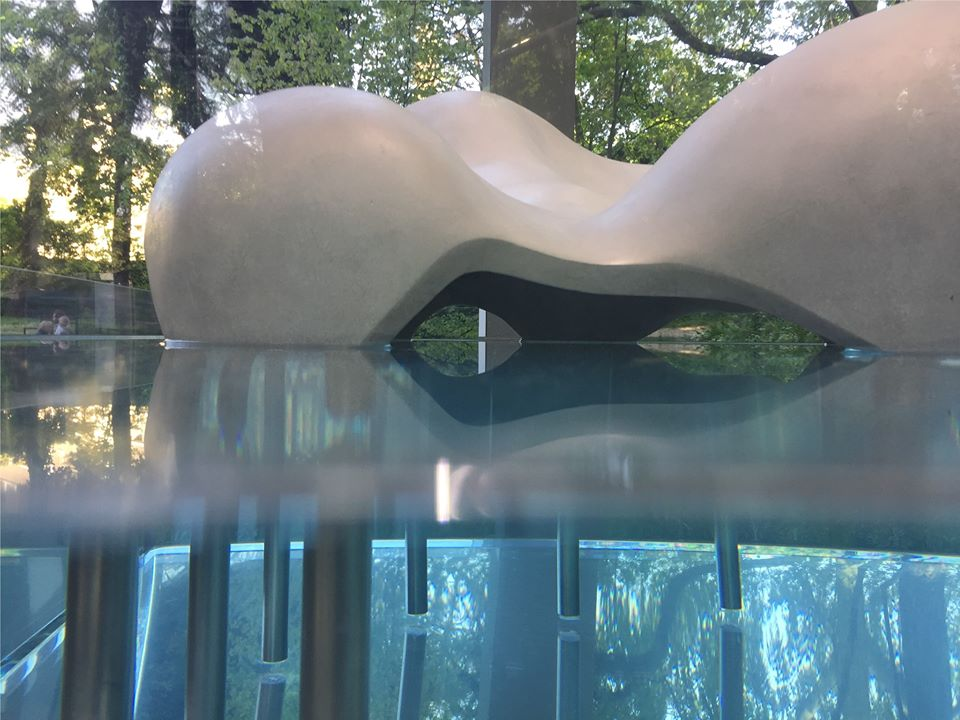 “The Strategic Partnership” agreed between the prime ministers of both countries reflects such a shared spirit of Japan and Denmark.   (https://www.mofa.go.jp/mofaj/files/000029491.pdf）
The key driving forces for further cooperation in the political, economic, and cultural fields would be our common DNA s in design and digitalization.

In 2018, the Danish Government announced the Denmark’s Digital Growth Strategy.  （https://eng.em.dk/media/10566/digital-growth-strategy-report_uk_web-2.pdf）The strategy points out that Denmark is the most advanced in digital government and so on.  It also says that Denmark could do more in AI, big data and IoT in order to maintain its international competitiveness.
Japan is implementing the economic policies named Abenomics（https://www.japan.go.jp/abenomics/index.html）, and thus attaches importance to digitalization as a catalysis to move onto the Society 5.0 while realizing sustainable economic growth.

In January, the mission of Keizai Doyukai (Japan Association of Corporate Executives), led by Mr. Yuji Hirako, President and CEO, All Nippon Airway visited Denmark and discussed with the Danish colleagues on why Denmark has enjoyed such a high degree of happiness.  The exchange of views covered various perspectives such as education, relations between employers and employees, labour market, history and so on.  Prior to this mission, another delegation from the economic growth strategy headquarters of the Liberal Democratic Party led by Mr. Yoshitaka Shindo, the member of the House of representatives, the former Minister for internal affairs and communications visited Denmark.  They heard a broad range of opinions on digitalization and cashless society from the Danish government and private sector dealing with finance and shared economies. The results of these researches carried out by the two most distinguished representatives from Japanese economy and politics will enable Japan and Denmark to take another step forward for new cooperation.  I hope that it would suggest a future direction of Japan as well. 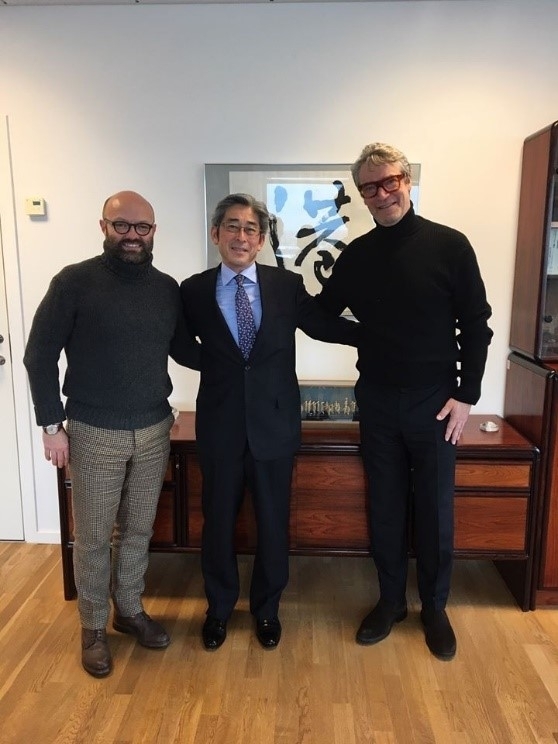 
Thank you for patiently reading the letter.  If winter comes, can spring be far behind?  Vi ses.