Life with Corona and reopening of society

“Good news is that there are no more restrictions for theatres.” It was H.E. Mr. Bertel HAARDER, the member of Parliament, who said so to me at his office.  On 18 September, Prime Minister Mette FREDERIKSEN announced the expansion of restrictions against COVID-19.  On my way to the Parliament, I encouraged myself to get ready for another fight against COVID-19, suppressing
my sigh of grief.  The words of the former minister of culture did encourage me.

I think that cultural activities in Copenhagen around theatres are step by step reinvigorated since September, following partial resumption in July after the closures from spring to early summer.  Of course, the reopening is accompanied by good hygiene measures such as restrictions of number of audiences, provision of hand sanitizers and so on.

On 1 September, at BLOX building in Copenhagen, “Build Back Better Summit” was held with a view to discuss vigorously how design can improve the world with Corona.  Her Royal Highness, Crown Princess Mary honored the opening with her presence.

The wisdom I learnt from this seminar was an effective combination of both virtual and real presentations.  It is widely said that virtual communication has its merits of connecting the world quickly and thus saving travelling time.  The limit of virtual is that it cannot enable down-to-earth discussion, nor sense of unity. 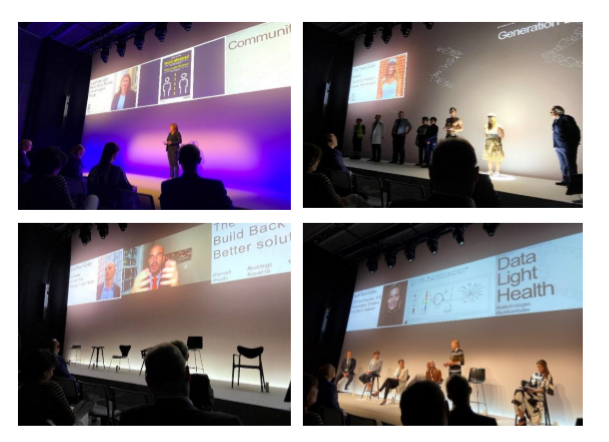 At the outset of the seminar, a representative of Copenhagen Police explained the COVID-19 related precautions in person, then a rescue operator, a senior citizen, a doctor, an athlete and a high school student stepped on the stage to deliver their short messages.  Next to this real presentation, an expert on public health from the US virtually participated, then the female CEOs came on stage in person to have a panel discussion and so on.  Three hours passed so fast with good communication among persons on stage, virtual participants and audiences.  Thank you, Dr. Cristian BASON, CEO, Design Center for a kind invitation.

Since late August to September, I was given precious opportunities to pay courtesy calls to Mr. Thomas RØRDAM, President of the Supreme Court, Mr. Lars ROHDE, Governor of Danmarks Nationalbank, Mr. Dan JØRGENSEN, Minister for climate, energy and utilities, Mr. Mogens JENSEN, Minister for food, fisheries and equal opportunities, Mr. Peter HUMMELGAARD, Minister for employment, Mr. Thorkild FOGDE, National Commissioner of Danish Police.  I also made some presentations and discussions on the relations between Japan and Denmark at the seminars hosted by Food Nation and the Danish Chamber of Commerce as well as at the meetings hosted by the Embassy of Japan with Junior Chamber International and with the Danish students who studied in Japan.

Through a series of exchanges of views, I heard the views that there are further bilateral opportunities for greener and more sustainable cooperation and digitalization building upon the leaders’ document in 2014, “Strategic Partnership” between Japan and Denmark.  Many stakeholders from Danish business, culture and media requested that Japan would reopen her national border as soon as possible as Denmark reopened it for the Japanese visitors since early July. 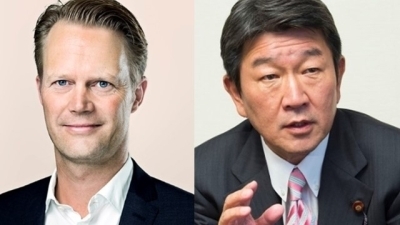 Both Denmark and Japan share the same approach that would allow gradual reopening of social and economic activities, taking into account infection situations.  Japan has commenced the consultations with Asian countries for reopening the national border.  The Embassy of Japan will keep Tokyo updated with daily report of COVID-19 situation in Denmark so that such a consultation will begin with Denmark in due course.  As both Foreign Ministers Mr. MOTEGI Toshimitsu of Japan and Mr. Jeppe KOFOD of Denmark shared the recognition at the telephone conference on 18 August that Japan and Denmark should deepen the cooperative relations based on the “Strategic Partnership” , the Embassy of Japan will continue to make efforts to that end step by step.

I was recommended a film called “Our Man in America” by one of my mentors.  The film is a story of the life of Mr. Henrik KAUFFMANN, Ambassador of Denmark to the US around the Second World War time.  The film describes the Danish diplomacy led by Ambassador KAUFFMANN.  One of the issues was the American access to Greenland at that time.  I found it enlightening.  At the film house, audiences were required to wear facial masks while standing and allowed to take it off once seated.  It was the same hygiene protocol adopted at restaurants.
Autumn is said to be the season for culture, sports and appetite.  Now this new season is starting.  I wish you well and let us stay safe.